We are delighted to present another WLA project that has received planning approval, comprising 9 dwellings in the historic town of Wareham. Through extensive negotiations with the planning authorities and engagement with local stakeholders we were able to achieve consent for an exciting scheme in the historic town. 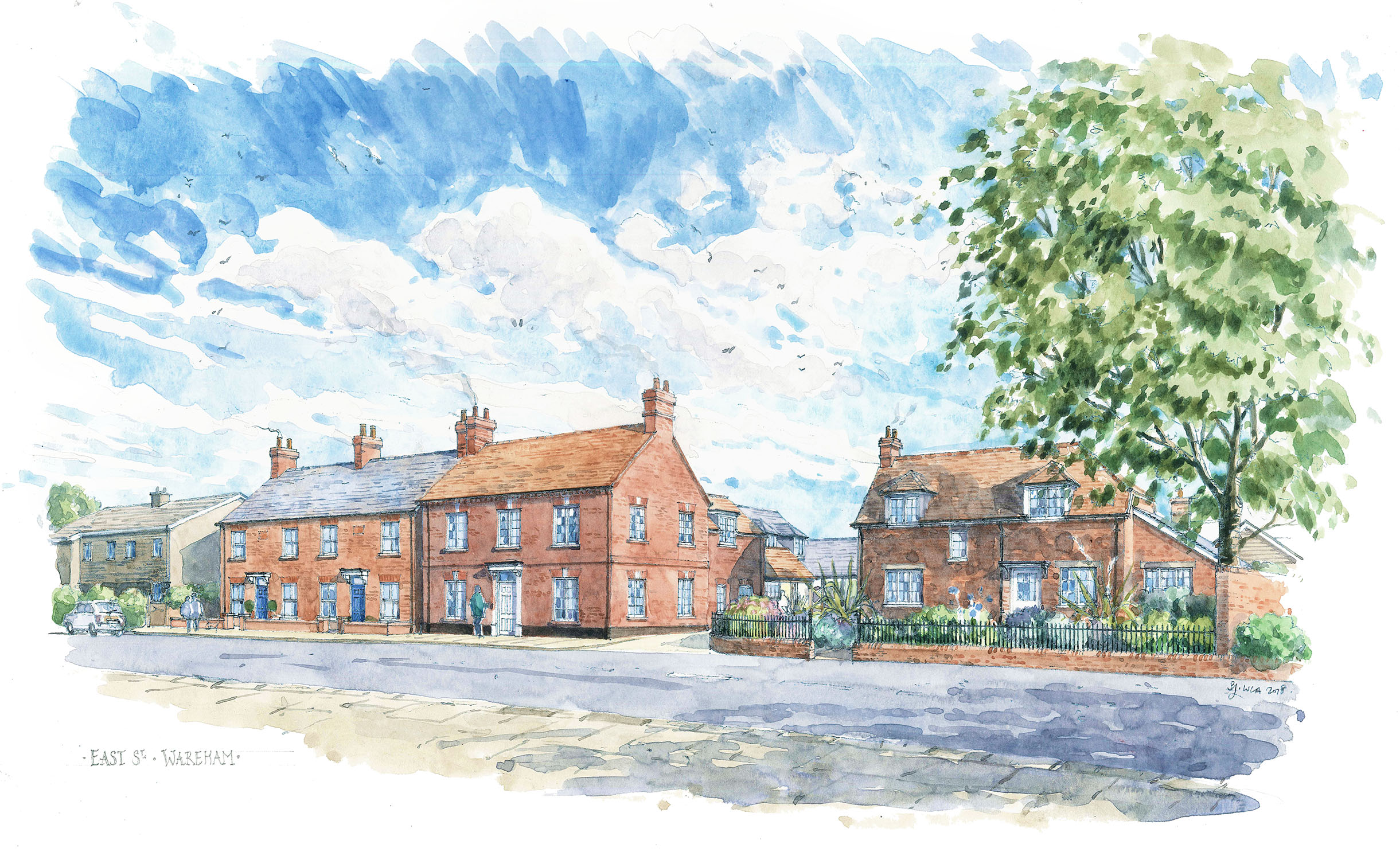 The development comprises bungalows, chalet bungalows and 2 storey houses and is designed to respect the scale and character of the surrounding townscape. The development has 3 distinct character areas responding to the particular context and constraints of each. These comprise East Street, the central courtyard and Wyatt’s Lane.

Details and materials are traditional in appearance, helping the development blend into the historic town setting. Materials reflect the common building materials of the old town of Wareham, predominantly red brick with some use of render and occasional Purbeck stone. Roofs are either red clay or slate, with some use of Double Roman tiles around the courtyard. Each dwelling has its own distinct detailing and design, to suggest individual buildings built over time rather than a single modern development. 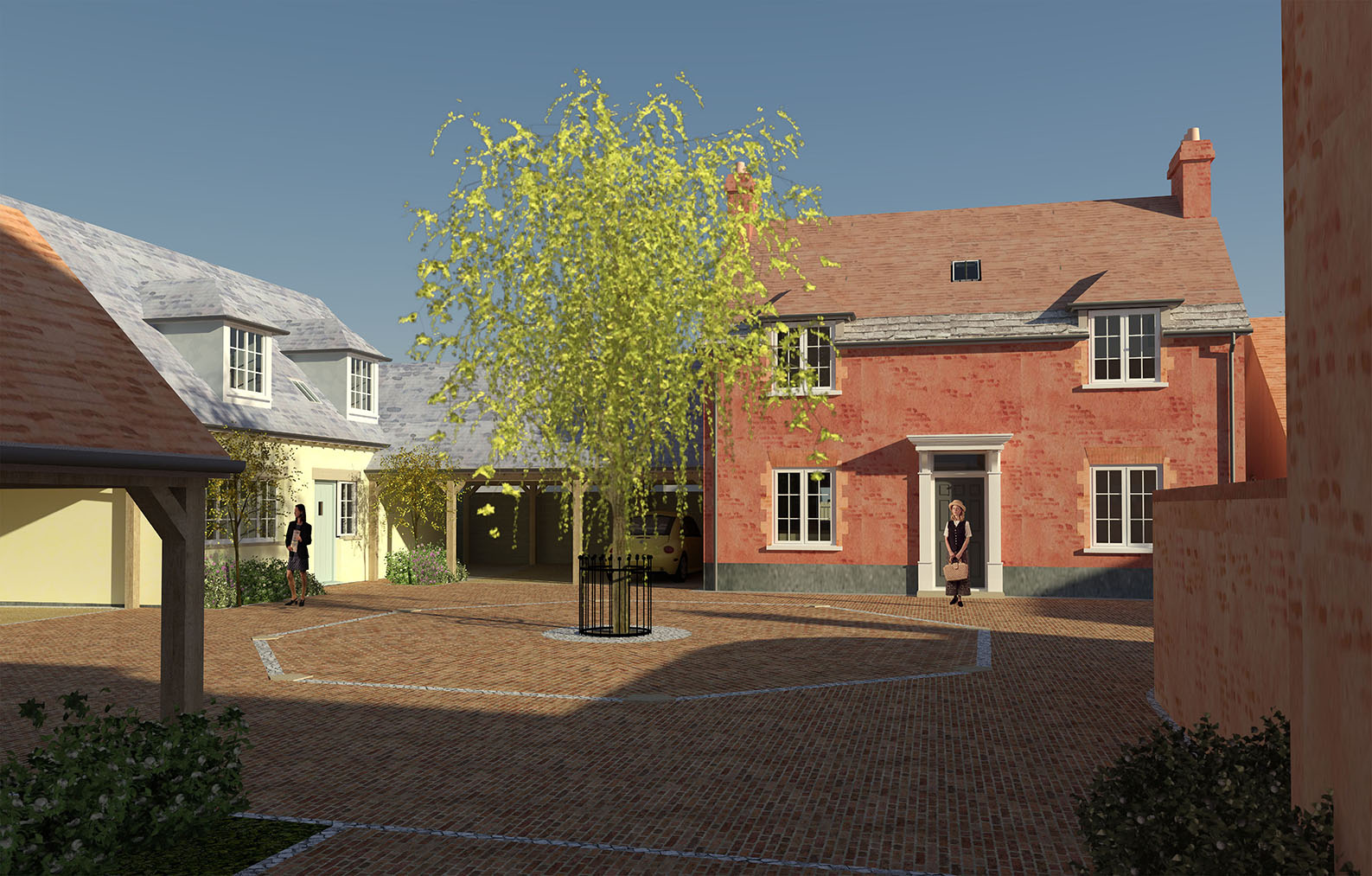 Hard and soft landscaping follows the same approach, with a mix of materials and design details picking up on features of the surrounding old town, to suggest a layering of uses and finishes built up over time.

A central courtyard provides a secluded and semi-private shared space at the heart of the scheme. Dwellings are arranged closely around the courtyard to create a sense of enclosure and intimacy and encourage activity and interaction. A tree in the middle has the potential to grow into a prominent feature in the courtyard. The paving makes reference to an old bullring on the site, with concrete setts marking the posts and a change in the pattern of block paving within the courtyard suggesting the plan of the bullring.

Two storey houses sit close to the pavement edge along East Street, following the historic pattern within the town. On the north-west side of the site the root protection area of a prominent sycamore has created the opportunity for a new mini park on East Street.

Dwellings on the south side of the site have a more contemporary design, reflecting the newer character of Wyatt’s Lane, these houses are set back into the site behind a dense hedge of trees and shrubs, creating a green break in the street. 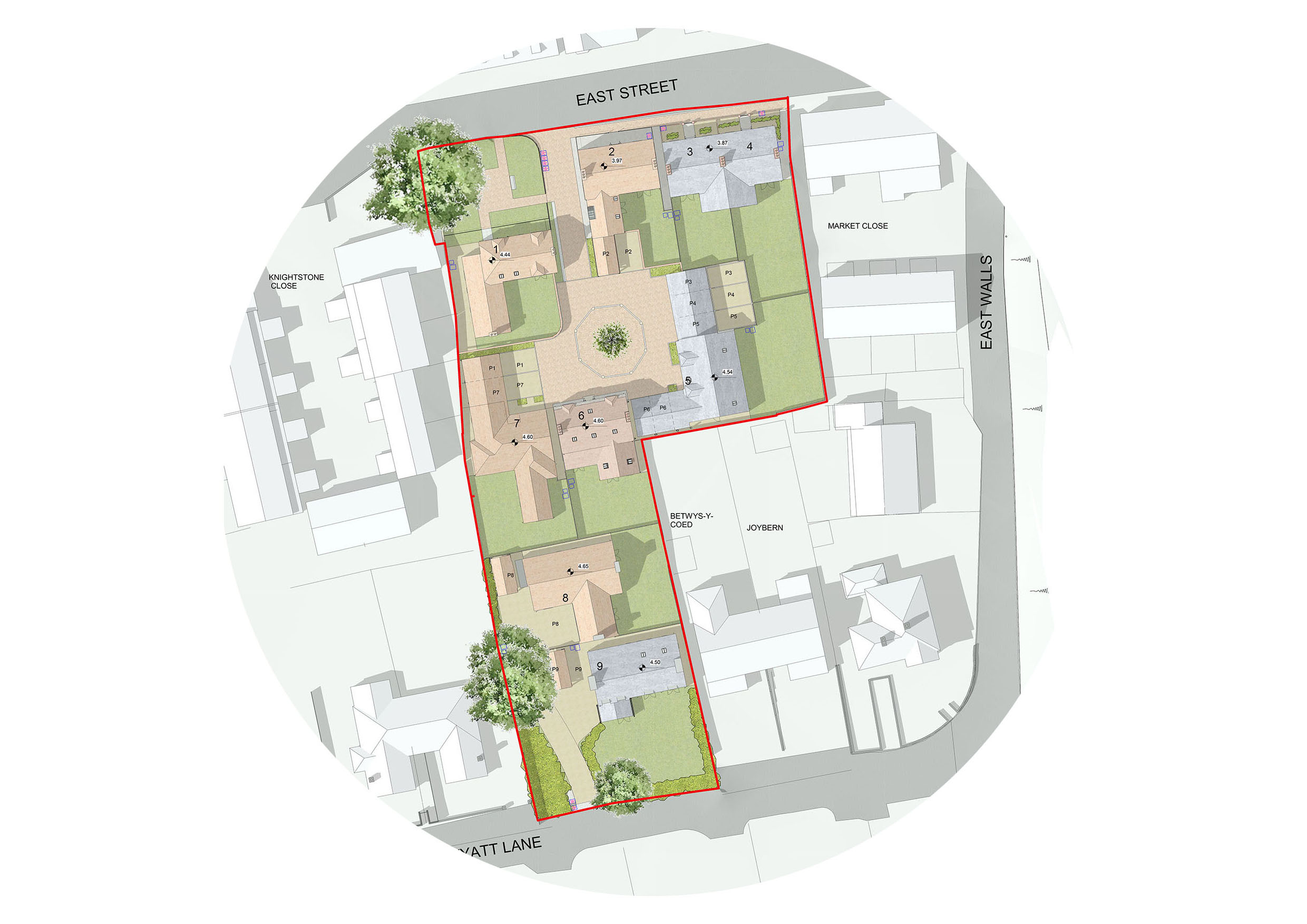